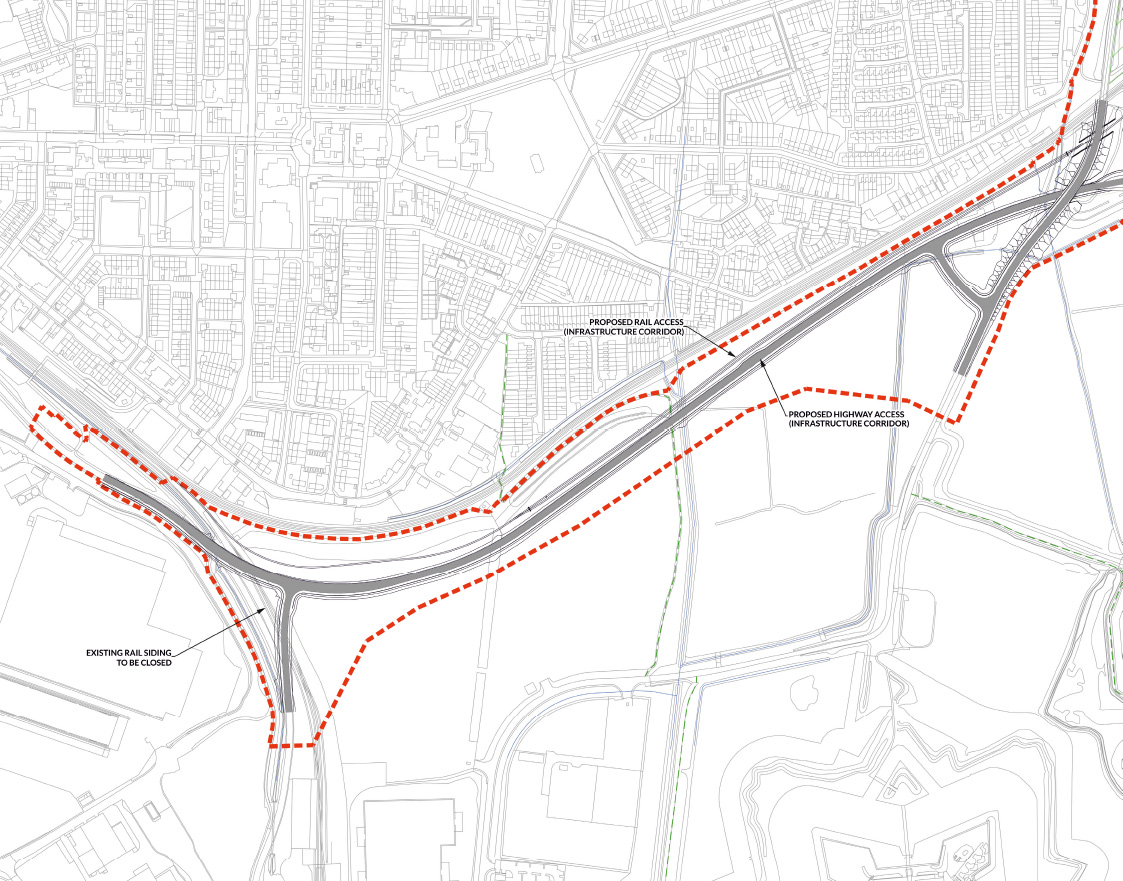 The above illustration shows a carefully designed new road and rail corridor that forms part of the proposals.

Ensuring that the impact of Tilbury2 on the road network is minimised was a clear message from the community during consultation. Having a rail link into the site is fundamental. A large proportion of the materials through the CMAT and RoRo will leave by rail. Network Rail have confirmed that there is sufficient capacity for the predicted number of trains. PoTLL have proposed re-routing the existing Riverside Railhead to the Tilbury2 site to ensure that Tilbury2 is fully rail enabled from the outset.

A new road link has been proposed linking Ferry Road and Fort Road. It is proposed to be a single carriageway road and includes provision for cyclists and pedestrians.

At the time of submitting the Tilbury2 DCO application the Lower Thames Crossing (LTC) proposals were at an early stage and whilst the Department for Transport has now announced its preferred route and scoping report, such details are still largely lacking. Furthermore, the timetable for bringing the LTC proposals forward is such that Tilbury2 will need to be able to operate without it.

PoTLL’s proposals include improvements to the layout of the ASDA roundabout following discussion with Highways England and Thurrock Highways. PoTLL believe that the geometry of the roundabout could be improved to reduce queuing. Less queuing would reduce the impact of pollution from HGVs on the area.

A new route for pedestrians and cyclists from the town to the ASDA supermarket is already in place as part of the Amazon development. This new route avoids the need to cross the road at the ASDA roundabout.