Steps to avoid harm to legally protected species and work on the creation of new habitats started in 2018, even before construction works began. This was to allow plenty of time for new habitats to be established before they were needed. The photos below give a flavour of the works carried out and those still underway:

Water voles were scattered over a network of shallow ditches at the site, which often dried out before the end of the summer leaving the voles high and dry. The Tilbury2 project has created a dedicated alternative home for these animals: a triple ring of around 2.5km of replacement ditches. These new ditches have been dug deeper and wider than those they replaced to improve the habitat for water voles. Water voles were then captured from construction areas and moved to their new home in 2019. The water voles released are already thriving, with the colony having grown considerably in numbers over the summer breeding season. Other wetland wildlife such as birds and dragonflies also took up residence in this new habitat within a matter of weeks and months! The video footage shows water voles making their own way out of their release pens into the new ditches, where they were given time to establish new burrow systems before the release pens were finally removed.

The Tilbury2 site is home to four species of reptiles: adder, grass snake, common lizard and slow-worm. In some parts of the site it has been possible to retain these animals in place. Where they needed to be moved out of the way of construction, new homes needed to be found for them. Large areas of new reptile habitat have therefore been created, both at Tilbury and at a location near Southend, by allowing existing grazed grasslands to ‘go wild’ and grow tall and tussocky. Within these wild areas, new hibernation and refuge sites for reptiles have been created by piling up logs and brash. You can see these features in the photos below. The reptiles being caught and moved out of the way of construction works are all being released in these new habitats. 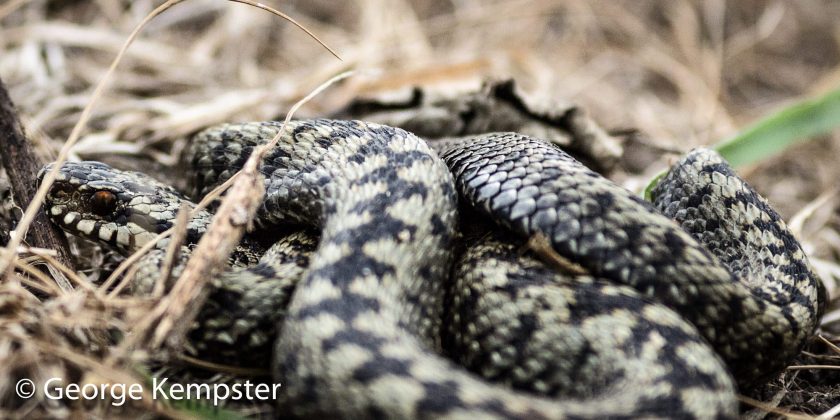 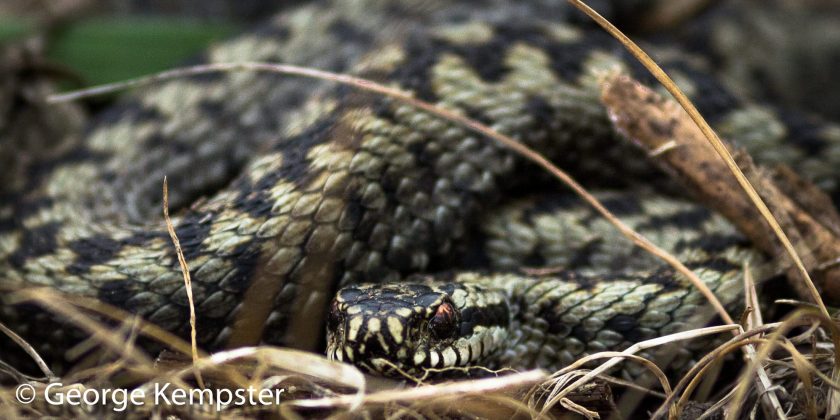 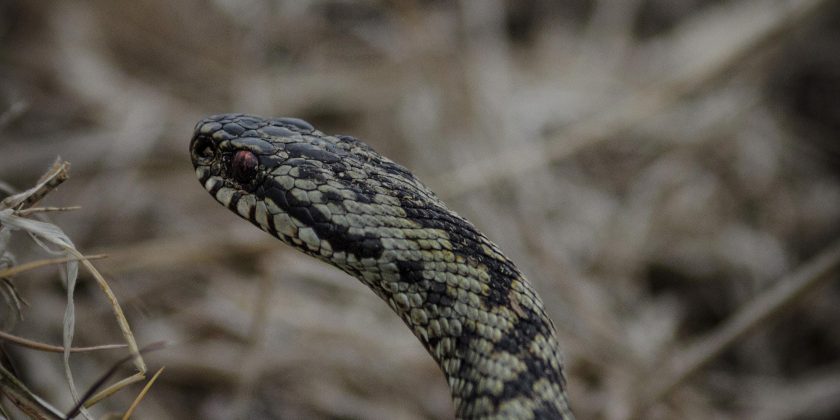 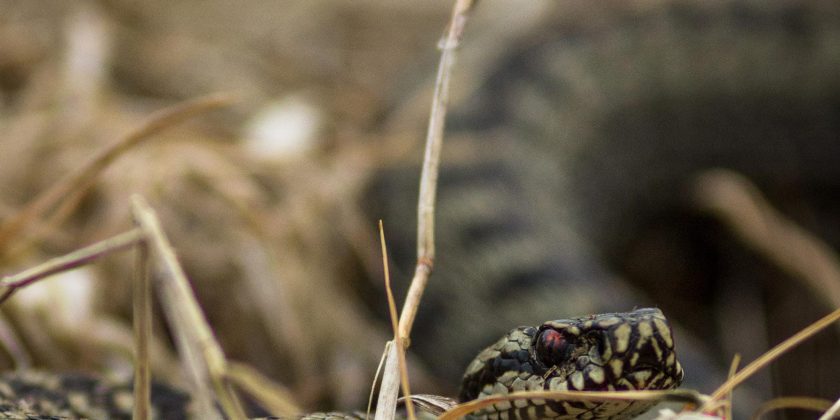 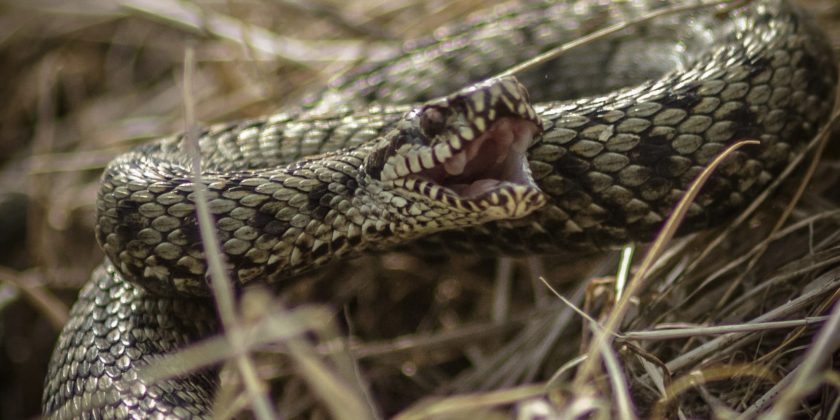 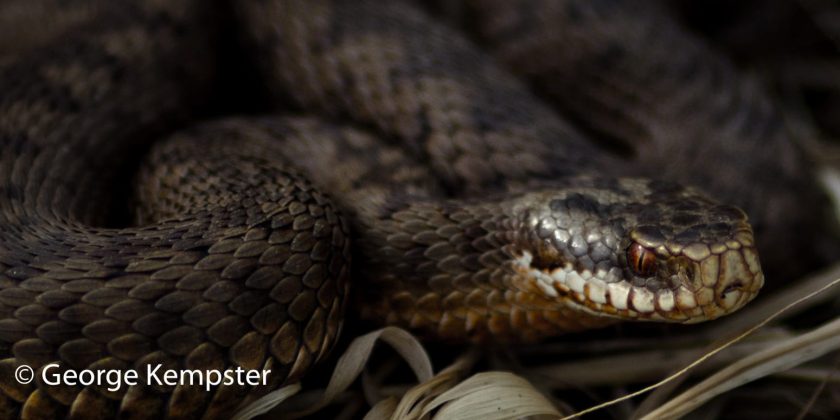 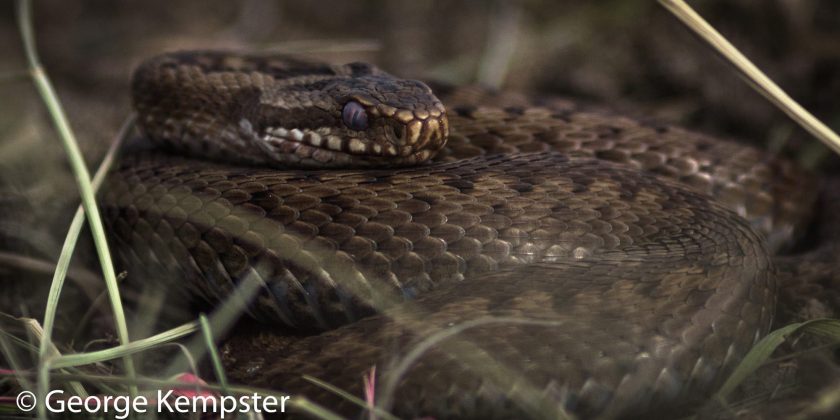 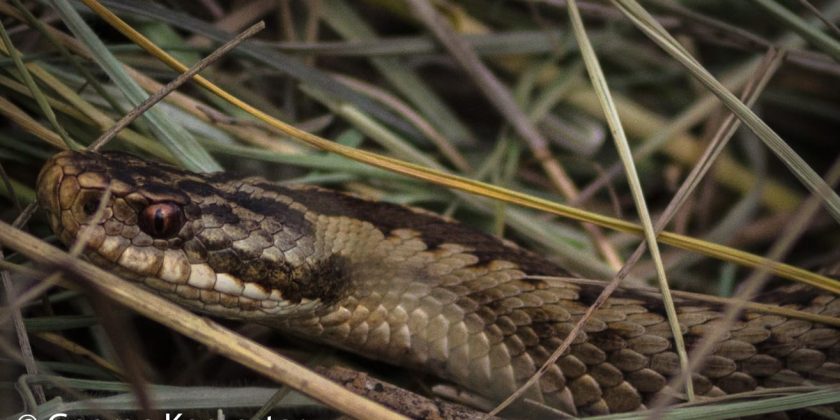 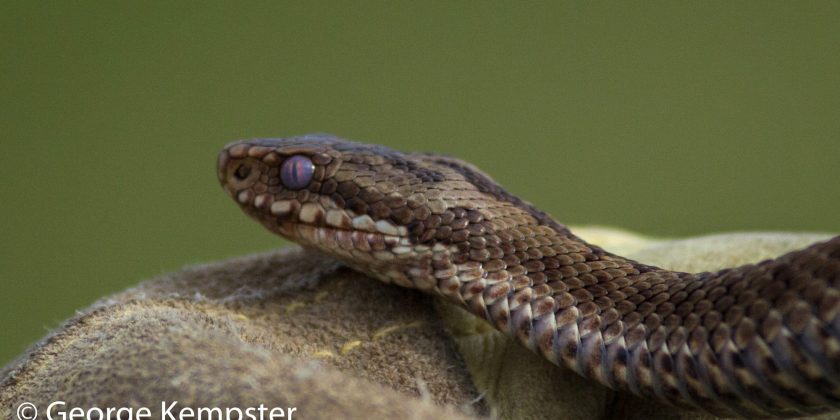 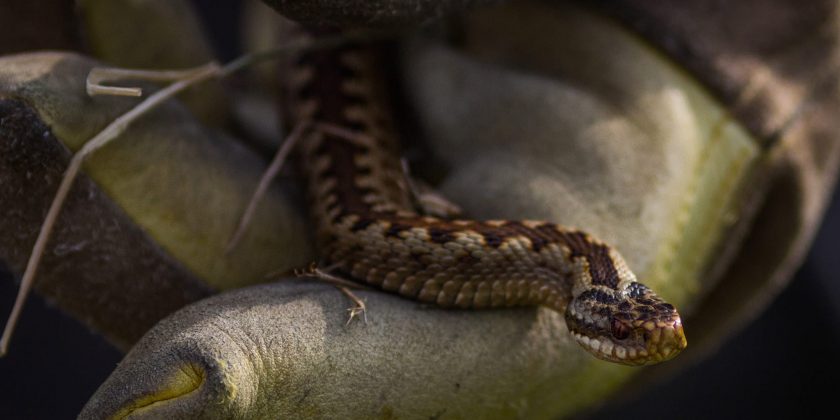 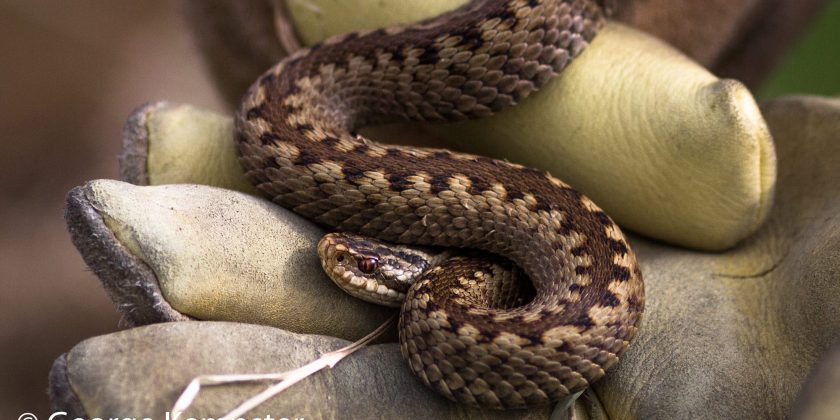 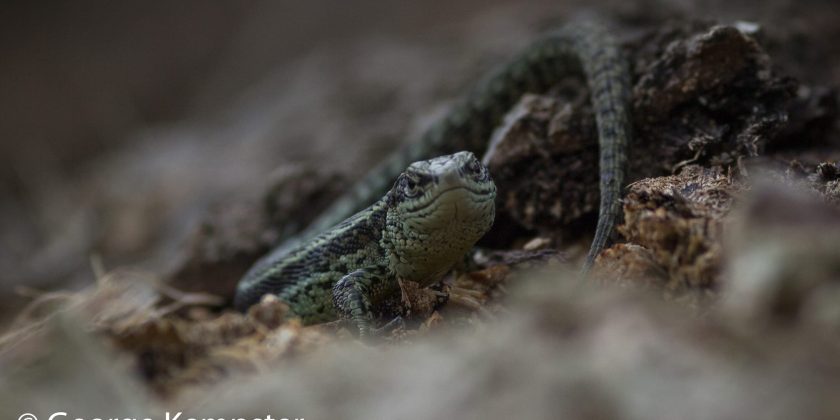 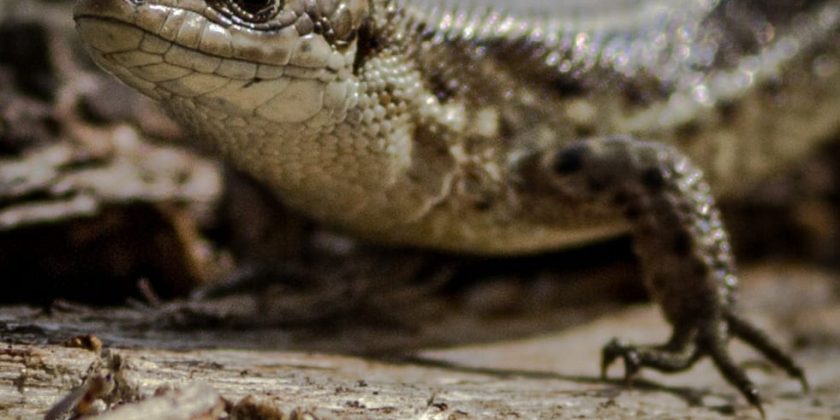 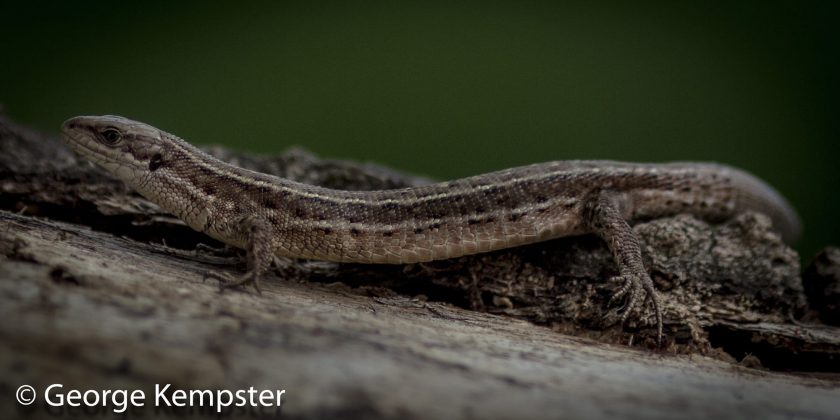 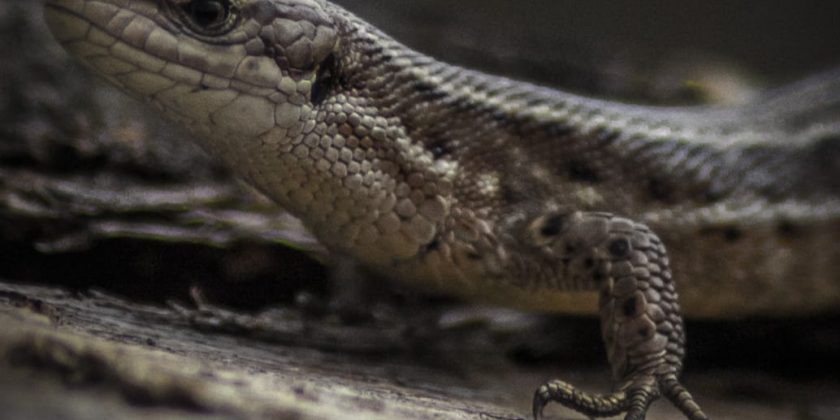 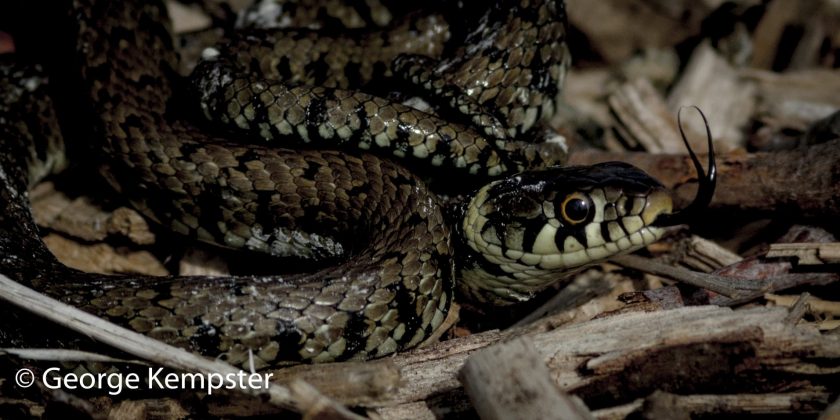 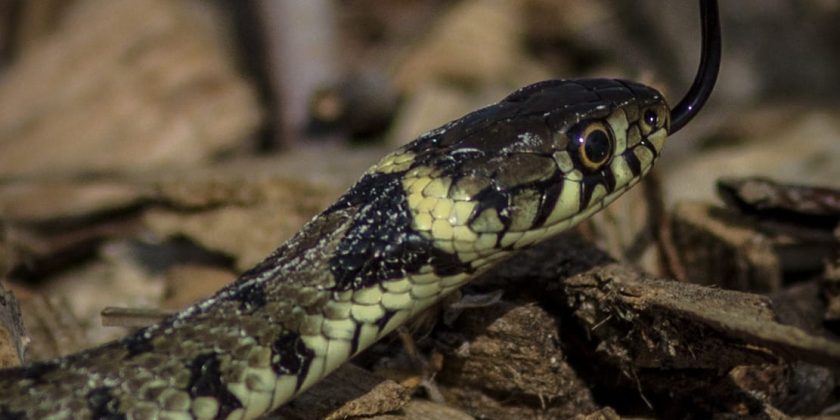 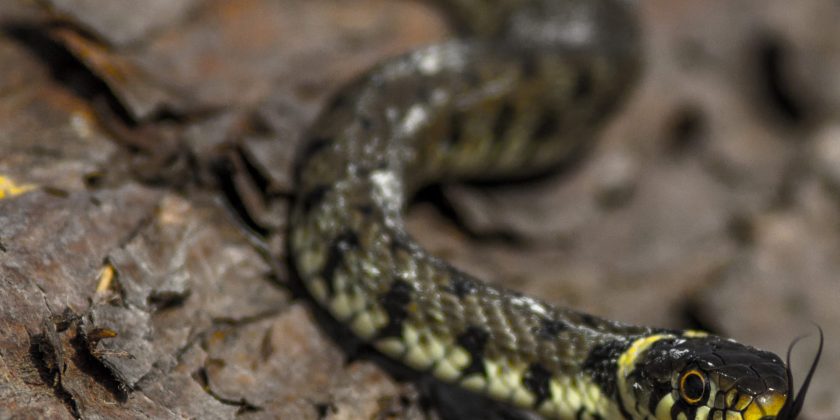 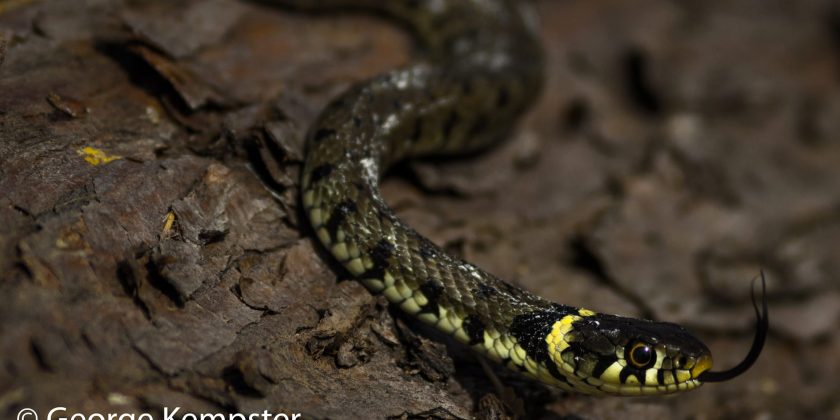 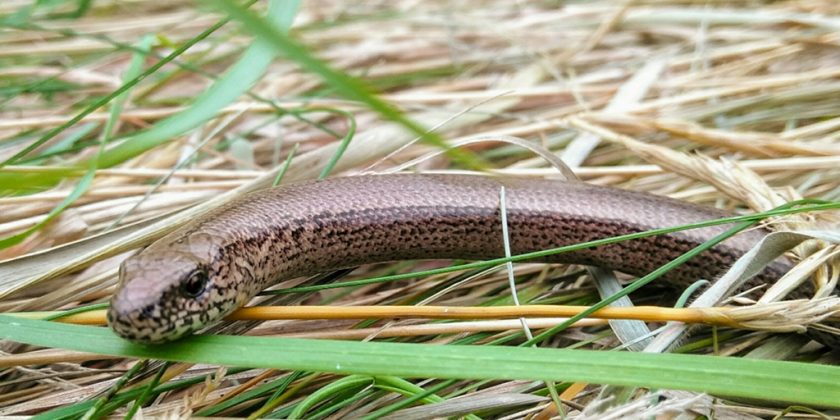 Reptile receptor alongside the River Crouch

Badgers had dug small setts (underground burrows) under concrete structures within the former power station and these also could not be safely kept where they were within the new Tilbury2 scheme. Studies were undertaken to find out how many badger ‘clans’ were using the site  (using coloured pellets added to a tasty mix of peanuts and syrup, and watching to see where these later appeared in the badgers’ dung pits) and then a new large multi-chambered badger sett was constructed in an undisturbed area within the badgers’ home territory. Trails of peanuts were laid to encourage the badgers to find it (which didn’t take long!) The footage below shows badgers sniffing the evening air after having spent the day peacefully sleeping in the new sett.

Dry habitats with unusual plants, lichens and insects (and other invertebrates) had colonised previously developed or disturbed parts of the site, especially over waste ‘fly-ash’ from the former power station, and other waste materials left behind after the demolition in the 1990s of a former ‘Lytag’ (light aggregate) manufacturing plant. The wildlife interest of these areas is closely linked to the variety of strange and often artificial materials on the surface and these materials are being collected up and transported to a new home on a capped part of the Mucking landfill site, where a new ‘brownfield’ nature reserve will be created. 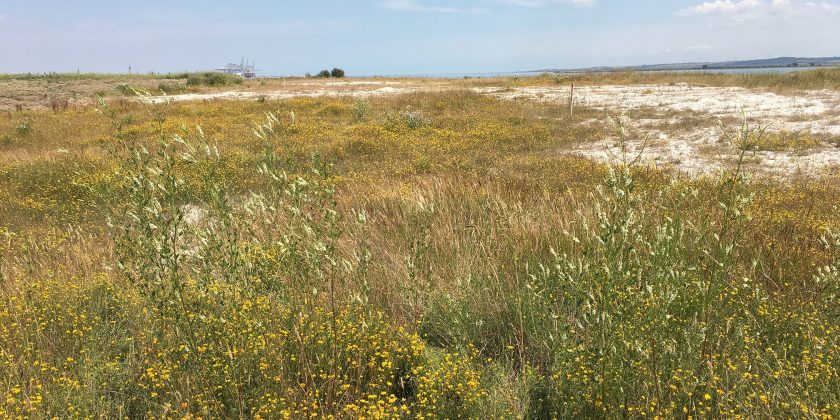 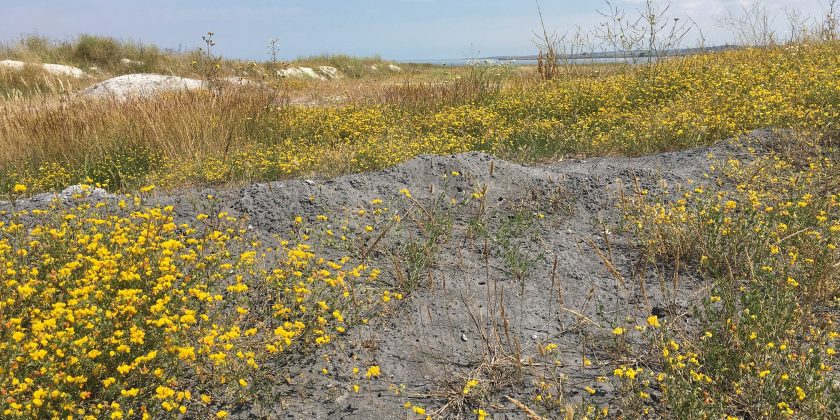 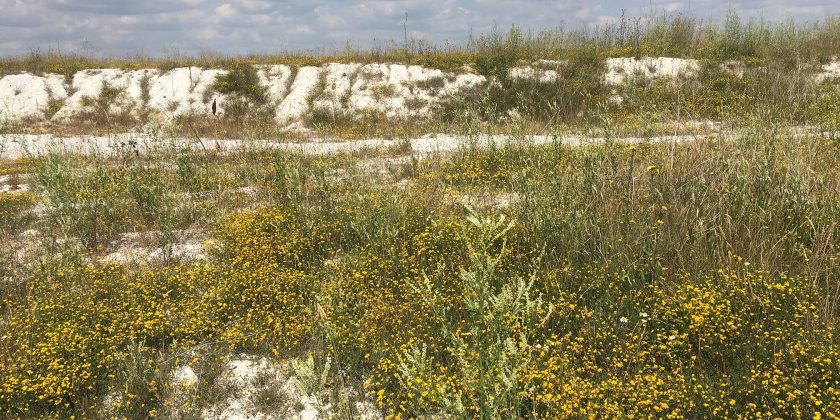 This new brownfield reserve will sit alongside an existing area of brownfield habitat previously created by the Port of Tilbury’s ecologists in 2013 (shown in the photos below) as part of the development of Tilbury’s London Distribution Park. A study in 2018 found that this purpose-built area of brownfield habitat (shown in the photos below) already supported a community of insects and other invertebrates of ‘national interest’. It is hoped and expected that the two brownfield creation sites at Mucking will together provide a truly exceptional sanctuary for rare insects and other invertebrates in the Thames Gateway.